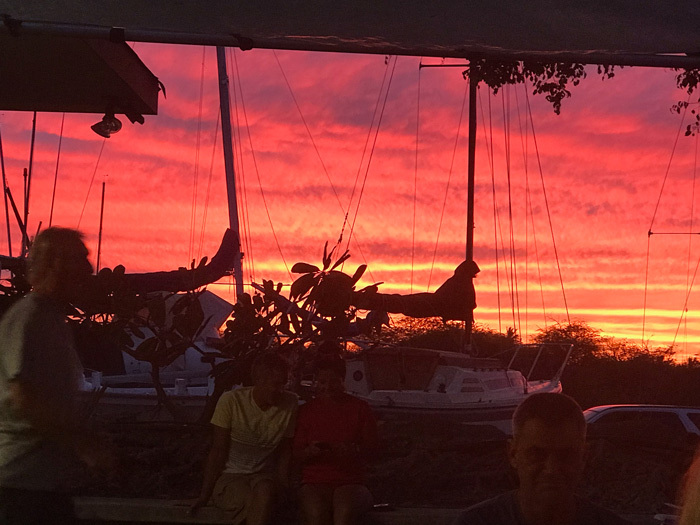 Mahalo Nui Loa to all the volunteers and participants in making 2019’s Family & Youth Sailing-fest & Movie Night a BIG success!

This was a fundraiser for Big Island Sailing Foundation, to go towards purchasing 4 used Toppers before summer.

Viewers were captivated by Following Seas, the documentary narrated by Nancy Griffith.   This is the story of some of her family’s the voyages between 1959 and 1978, which included 3 circumnavigations including one around Antarctica!

And then there were the Prizes, lots of raffle prizes … Fair Wind cruises, Ocean Encounters Manta dive, Jack’s Diving Locker, tickets to ‘Imiloa, Bowling, and T shirts.   The Grand prize, a trip for 2 on Dolphin Discoveries, was won by our guest of honor, Fiona Griffith!   Fiona, who was just a toddler in the second half of the film, answered questions and gave further details regarding her parents sailing endeavors after the movie. 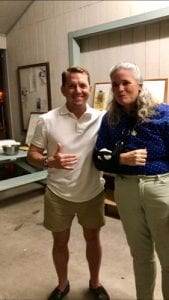 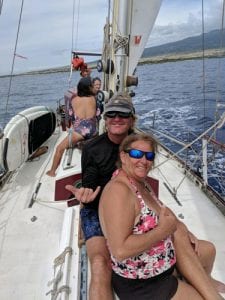 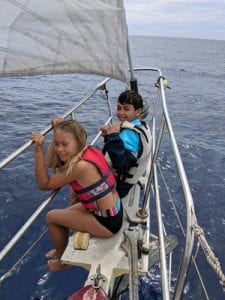 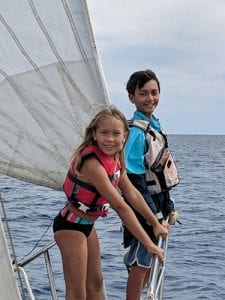